The best day started at 5:00AM. I had to catch a 7:00AM bus to Galicia, so I crammed my clothes into a duffel bag, grabbed the “snack” (two sandwiches, a banana, a chocolate bar, and two juice boxes) that my host mother had insisted I needed to eat before lunch, and headed out.

At 6:30AM, the only people on the streets in Salamanca were college students who hadn’t finished their night out. Girls walked past me in mini skirts and high heels while I shuffled away because I felt thoroughly unpretty in comparison in my glasses and sweatshirt, lugging a duffle back up a hill before sunrise. Two guys at a traffic light said something to me about the bus station and patted me on the shoulder when I didn’t understand. I thought that 6:30AM might be the best time to find attractive guys in Salamanca. Then I walked past one guy screaming a sequence of vowel sounds that didn’t sound like they belonged to any language while throwing bottles at a building, and changed my mind.

The bus was big enough that everyone could have their own row, so I wrapped my scarf around me like a blanket, lay down across the seats, and ate my nutella sandwich (called nocilla in Spain) while watching the Spanish sunrise through the bus window.

Six hours later, we stopped at a hotel with no wifi, one outlet per room, and bathrooms the size of closets. After a hot shower and a handful of candy from the front desk, none of it bothered me anymore.

After lunch, we drove to a winery. 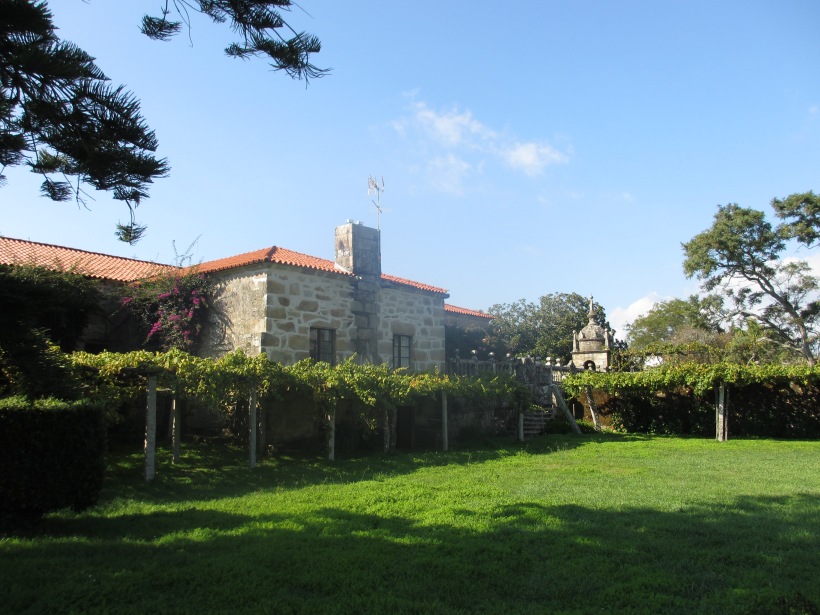 The last time I’d been to a winery, I was 17 and also in Spain. But back then I was averse to anything other than pumpkin iced coffee and salted caramel hot chocolate. This time I had an entire glass of wine and felt thoroughly adult afterwards, even if I didn’t really like it and ended up eating almost the entire bowl of peanuts that came with it.

Afterwards, we all boarded a boat to see how Galicians catch mejillones. A waiter put a giant plate of mussels and shrimp in front of me. I turned down the extra bottle of wine and received a huge bottle of lemon Fanta instead.

I picked up a mussel and turned to Amanda.

She shrugged. I cracked the shell open and poked at the orange meat. It looked like a baby heart.

I looked over at Amanda. She had already eaten two.

I looked at Bethany on my left. “On three?” I said.

They were very good. As long as I didn’t look at them, or think about what I was eating.

“Maybe if we eat enough of these, we’ll turn into mermaids,” I said, cracking the head off a piece of shrimp. Bethany and Amanda agreed.

Bagpipe music started playing from the speakers in front of us (Galician culture has a lot of Celtic influence). I took off my sunglasses and looked out across the harbor. The air smelled like salt and fish. Suddenly, I felt like I was in Boston again. 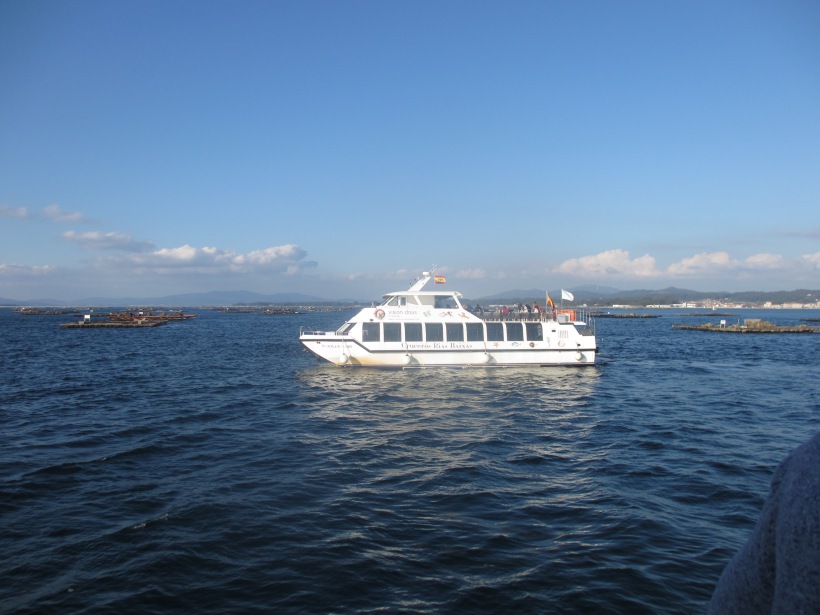 Maybe it was the sunshine, the familiar ocean smell, or maybe it was the shot that I accidentally took because I thought it was a tiny cup of coffee, but for some reason I felt incredibly happy.

Later, we found a staircase that led down to where mermaids lived. I started singing “Part of Your World” for the rest of the night.

On the way back to the hotel, we stopped at a beach to see the sunset. Amanda and I took off our shoes and stepped into the water, which was cold enough to make you scream but not give you frostbite. I thought about how lucky I was to be on that beach at that exact moment to see such an amazing skyline. I thought about how wonderful it was to have friends that let me sing Disney songs for hours and took off their shoes to run through freezing salt water with me. I thought about how when I first came to Spain, I wasn’t happy, and how silly that all felt now. 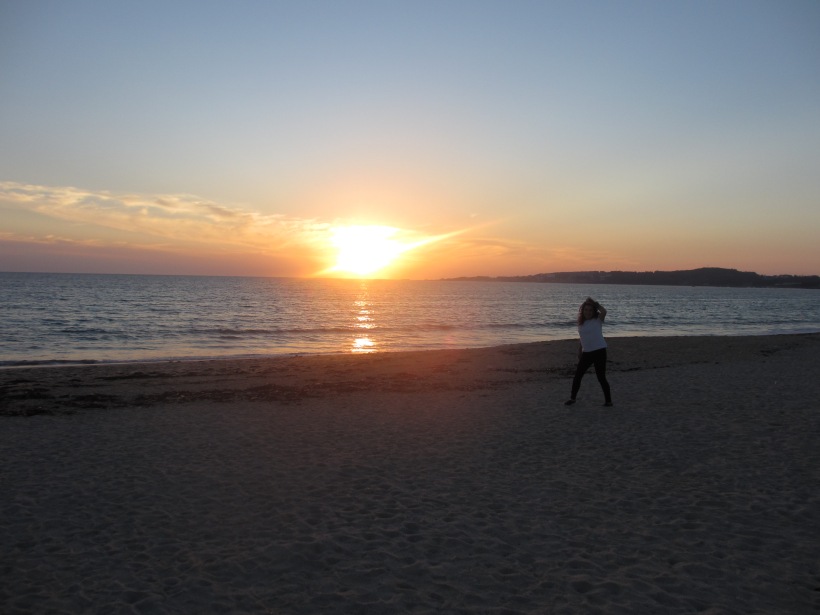 After dinner, Bethany, Amanda and I walked around the city until we found a 24-hour convenience store and bought 1-Euro chocolate bars. We sat on the beach and watched the lights twinkle across the water from all the houses and boats across from us.

I heard someone speaking English from the stone wall up above us and looked up at some of the other people from our group walking by.

“Let’s not,” said Amanda, “because they’re probably going out while we’re sitting in the dark eating chocolate on a Saturday night.”

I thought about this while they walked by, putting another cookie in my mouth.

“Well, I’m happy with my life choices,” I said finally.

Bethany and Amanda nodded. We turned back to the shore and watched the lights again, even after it was too cold and windy and we really should have gone back to the hotel. I refused to let the best day so far come to an end so easily. I stayed until I memorized every pinprick of light on the water, the smell of albariño and salt water, and the feeling of something that I had lost finally coming back to me in one freezing cold wave of salt water against my bare feet.

3 thoughts on “The Best Day”